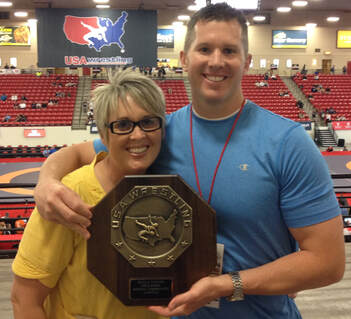 Coach Lang - 2015 Veterans Greco-Roman Wrestling National Champion. 2015 Veterans Freestyle 3rd in Nation. Trained and competed at Snow Canyon High School from 1994-95 season through 1997-98. 1st 4X State Qualifier for Snow Canyon, and was a State Placer in 1996-97. Lang has 15 years experience coaching high school wrestling (11 as Head Coach). As a high school wrestling coach, he has coached 3 state champions, 8 state runners-up, 58 total state placers, and 15 total Academic All-State Wrestlers. He was voted the 2021-22 Utah 4A Coach of the Year with his team finishing 2nd place in state for Utah 4A! Over the years has coached and instructed youth clinics and assisted with club wrestling with as many as 80 plus wrestlers per year as young as 3 years old up through 8th grade. He coaches Boys and Girls wrestling year round for Folkstyle, Freestyle, and Greco-Roman. He has coached multiple Utah youth and Jr High Folkstyle state champions and state placers, Freestyle state champions and state placers, and Greco-Roman state placers. Several of his wrestlers have qualified for and won multiple matches at the US Marine Corps 16U and Junior Nationals in Fargo, North Dakota. Who will be the first All-American and National Champion to wrestle for Coach Lang? To Coach Lang, character development will always take priority over winning; but he believes you can do both, and have fun along the journey! 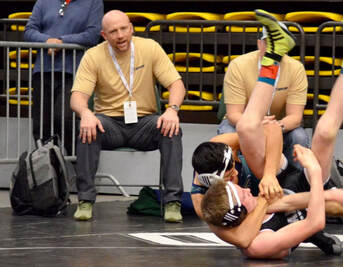 Assistant Coaches
Kyle M. Case
​
​
​Coach Case is the CEO for the Huntsman World Senior Games. He has been an assistant wrestling coach at Snow Canyon since the 2013-14 wrestling season. Coach Case helps with our graphics and digital promotions and runs our team social media accounts. He takes fitness very seriously and will complete full practices with us (including intense conditioning work). He inspires our entire program with his motivating stories and quotes from "Rocky" and many others. As a wrestler, he was a state finalist in high school and has recently competed in the Utah Summer Games as well as the Veterans and Masters Freestyle Wrestling National Championships.
​ 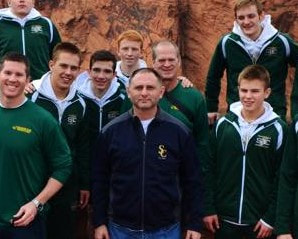 Assistant Coaches
Jason Wilson
​
​
​Coach Wilson has been on our coaching staff since the 2015-16 wrestling season. He has an extensive background in Wrestling, Brazilian Jiu Jitsu, Grappling, Muay Thai Kickboxing, and general Mixed Martial Arts (MMA) training and competition. His training and experience in related martial arts has been very helpful in recognizing and developing wrestling technique and counters that cross over from these other disciplines. As the sport of wrestling has evolved over the years, we have been able to utilize Coach Wilson's knowledge to recognize and prevent the use of illegal and dangerous maneuvers; as well as counter and react to certain MMA holds that have crossed over into wrestling. 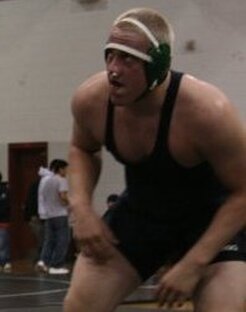 Assistant Coaches
Kason Gubler
​
​Coach Gubler first joined our coaching staff at the beginning of the 2011-12 season and was with us for 4 years. After taking some time off to finish his college studies, he rejoined our staff as we began the 2019-20 season. Coach Gubler wrestled for Snow Canyon and was a state finalist his Junior year. During his 2007-08 Senior year for the SC Warrior Wrestling Program, the referee held his hand high in the air at the conclusion of the state finals! He finished as a State Champion Heavyweight with 37 Wins (34 of those wins by Fall)! Coach Gubler is highly technical as a Heavyweight, and our upper weight wrestlers have a tremendous advantage to learn from and train with him. 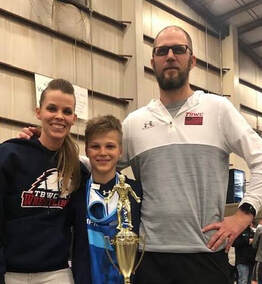 ​Assistant Coaches
​Chris Farr
​
​
Coach Farr joined our coaching staff in the 2020-21 season. He has been right in the mix of things with highly competitive youth club wrestling over the last decade. He is a Physical Therapist by trade and is truly in this to give our wrestlers the best overall experience possible. He is caring, selfless, and is a student of the sport. He brings valuable experience and insight to our program and we are excited to have him on board! 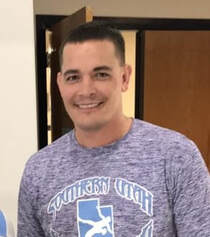 Wrestling was part of life as Coach Guymon grew up. He was a region champion in high school, a 4x state qualifier, and placed 5th in state. Coach Guymon has coached youth wrestling for the last 9 years. We are excited to have Coach Guymon as he is extremely dependable, supportive, and truly cares for the wrestlers he works with. He is a student of the sport and is always looking for ways to improve his abilities to coach and have a positive influence on youth. 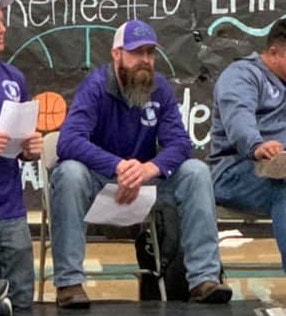 Coach Smith has 12 years of experience as a wrestler and coach. In high school he was a 3x state qualifier, 1996 2nd in state, 1997 1st in state, and member of 2 state championship teams. He has been coaching wrestling at the youth level since 2016. We welcome him to our program and look forward to his skills as a master technician, mat strategist, and leader!
​ 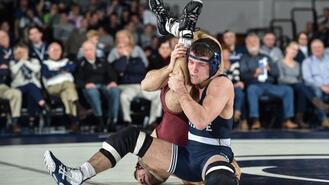 ​Coach Moss was a 4X state champion at Bingham High School in Utah and later went on to wrestle for Penn State University where he graduated in 2017. We welcome Coach Moss to our program and look forward to his leadership, skill set, his example and character. His exceptional experience and success as a wrestler will be an exciting addition to our coaching staff!
Comments or Questions for the Coaching Staff?